Haley is from Birmingham, Alabama, and received her undergraduate degree from

Vanderbilt University where she majored in both Public Policy and Spanish with a minor in Environmental and Sustainability Studies. She became extremely interested in environmental justice after working on an undergraduate research project where she coauthored a paper with David Hess, titled “100% renewable energy policies in US cities: strategies, recommendations, and implementation challenges.” It has been her lifelong dream to pursue a degree in environmental law at Tulane after taking the train to New Orleans as a kid. In her free time, you can find her hiking, camping, or attending jazz shows in the neighborhoods of NOLA. In addition to working as Summit Director, she is the secretary of Tulane’s Public Interest Law Foundation, a junior member of Tulane’s Environmental Law Journal, and a student attorney for Tulane’s Environmental Law Clinic.

Ryan is from Birmingham, Alabama and received her undergraduate degree from the 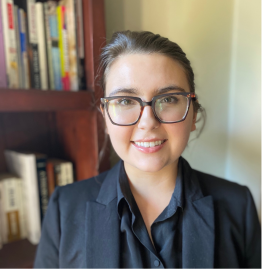 University of Alabama, where she majored in Philosophy with a minor in liberal arts. She is passionate about the environment and the laws that shape it, which is why she chose Tulane to study environmental law. In her free time, Ryan enjoys taking long walks in Audubon Park, spending time with her cat, and drinking craft beer. In addition to serving as president, she is a junior member of Tulane’s Environmental Law Journal and a student attorney at the Tulane Environmental Law Clinic.

Bryn is from Stillwater, New Jersey and received her undergraduate degree in

Environmental Studies with a minor in International Affairs from Skidmore College. While most of her work has been at the grassroots level, she has brought that same passion to dismantle the roots of injustice to law school. She seeks to use the avenue of law to center directly impacted people, dismantle carceral systems and thwart racial, economic, and environmental injustices. She was inspired to come to New Orleans because of the abundance of powerful community organizing and collective action. In addition to working on the summit, she is on the founding executive board of the Tulane Chapter of the National Lawyers Guild, competes on Tulane’s Mock Trial team, and is a junior member of Tulane’s Journal of Law & Sexuality where her recent case note, People ex rel. Coleman v. Brann: Is Our Zest for Punishment Greater Than Our Value of Life? A Look at Incarceration in the United States During the COVID-19 Pandemic, has been selected for publication. 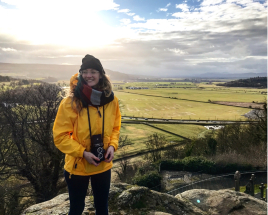 New Orleans four years ago. Her undergraduate degrees from Miami University are in the History of Art and Architecture and Journalism. She also has a master’s degree in Historic Preservation from Tulane University. Prior to law school she wrote compliance reports for the National Environmental Policy Act/National Historic Preservation Act for federally funded projects throughout the Gulf South and Northeast. In her free time, she loves to explore nature, take photographs, and bike around the city of New Orleans. In addition to working on the summit, she is the Development Chair for the Public Interest Law Foundation.

David is from Mobile, Alabama and received his undergraduate degree from Haverford 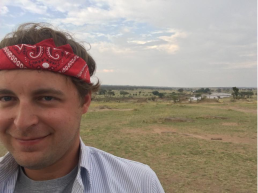 College with a major in History. Environmental law is why David chose to attend law school and was one of the primary reasons he chose Tulane. In his free time, David enjoys the outdoors, tennis, cooking, and live music on the streets of New Orleans. In addition to working on the Summit, David is a member of Tulane’s Environmental Law Clinic.

Anna is from Portland, Oregon and received her undergraduate degree from the 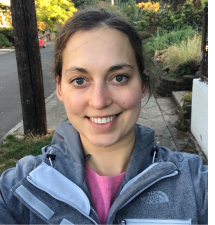 University of Portland in Psychology and Sociology. She has been an environmental activist since she was young, participating in Earth Day clean-ups as a kid. In her free time, she enjoys hiking, taking walks around the Marina, and cooking meals with friends. In addition to serving as Finance Chair for the Summit, she is a Student attorney at Tulane Environmental Law Clinic.

is a 2L and 2011 graduate of Warren Wilson College from Roanoke, Virginia. Before coming to Tulane, he was an AmeriCorps volunteer at Rebuilding Together New Orleans and bartender at Finn McCool’s Irish Pub (where he continues to work on the weekends.) Micah is also the Civil Law Society Vice-President, a junior member of the Tulane Environmental Law Journal, and has begun work as a student attorney at the Tulane Environmental Law Clinic. This summer, Micah worked as a Research Assistant for Sam Brandao in the Civil Rights Clinic, reviewed documents for an environmental attorney, and, when the bar was open, served there as a bartender. Micah is pursuing the Environmental Certificate and hopes to practice environmental law in Louisiana. When not studying, Micah enjoys biking around the city and spending time with his lovely wife, Elizabeth, and his rude cat, Miles.

Isabel is from Cincinnati, Ohio. She received her undergraduate degree from the 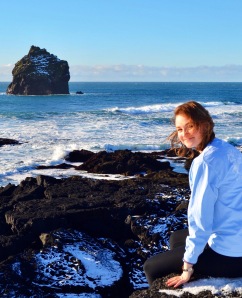 University of Michigan where she majored in Environmental Studies with a focus on Sustainable Business and minored in Russian Language, Literature, and Culture. Upon , Isabel was a Policy Analyst at the Center for Local, State, and Urban Policyat the Ford School. This past year, she interned with the U.S. Green Building Council and the Animal Welfare Institute. In the summer of 2020, Isabel will be working at the Sierra Club Environmental Law Program. Isabel is also a Junior Member on the Tulane Law Review.

Charles is from Chicago, Illinois. He received his undergraduate degree in English with a minor in informatics from the University of Illinois. During college Charles volunteered with the Illinois JusticeCorps, where he helped court patrons manage their cases electronically. In his free time Charles runs long-distance, hikes, and judges tournaments for his college debate team.

Steven is from Pomona, California and received his undergraduate degree from the

University of California, Berkeley with a major in Philosophy. While studying philosophy, Steven was exposed to environmental ethics and became interested in the role of law in the environment. This eventually led him to Tulane to study environmental law. His interests lie primarily in the intersection of race and the environment and how laws may positively or negatively impact the dynamics of that relation. In his free time, Steven enjoys recording music, watching movies, playing soccer, and cooking vegan versions of traditional Mexican dishes

Oliver Houck, Advisor and Professor of Law
Oliver Houck’s specialties involve environmental, natural resources and criminal law. He is active in legal proceedings involving wildlife, wetland, coastal and pollution issues and publishes regularly on these and related topics. He has published several books, including Taking Back Eden (on environmental lawsuits abroad), Down on the Batture (on the Lower Mississippi River), The Clean Water Act TMDL Program (pollution control), and most recently Downstream Toward Home (on rivers of North America). He also has written extensively for academic
journals and general interest publications.

Houck served as a federal prosecutor in Washington, D.C., and as National Wildlife Federation general counsel and vice president before joining the Tulane law faculty in 1981. He has since served on the boards of Defenders of Wildlife, the Environmental Law Institute and the Environmental Defense Fund, an advisory board of the U.S. Army Corps of Engineers and two committees of the National Science Foundation. He has also founded several public interest organizations in Louisiana and at Tulane Law School and has consulted on the development of environmental law in Cuba and other Latin American countries.

Houck’s classes emphasize relationships between ecology and law, and he regularly takes students on field trips into coastal ecosystems, the Pearl and Atchafalaya swamps and other natural areas. He has received the law school’s Felix Frankfurter Distinguished Teacher Award and was named a recipient of the Sumter Marks Award in 2000 and 2002 for his publications. He has also been honored with the New Orleans Press Club Award, the Tulane University Graduate Teaching Award and the 2005 Distinguished Achievement Award from the American Bar Association’s Environmental Section.

He has been recognized as Louisiana’s Conservationist of the Year, Gambit magazine’s New Orleanian of the Year and the New Orleans Young Leadership Council’s Role Model of the Year.

Mark Davis, Advisor and Director, Tulane Institute on Water Resources Law and Policy
Mark Davis is a Senior Research Fellow at Tulane University Law School and Director of the Institute on Water Resources Law and Policy at the Law School. He founded the Institute in 2007 after 14 years as the Executive Director of the Coalition to Restore Coastal Louisiana where he was extensively involved in shaping laws, policies, and programs at the state and federal level dealing with the restoration and stewardship of coastal ecosystems. He also served as
General Counsel at the Lake Pontchartrain Basin
Foundation. He has practiced law in Indianapolis,
Washington, DC, and Chicago.

He is an adjunct assistant professor of law at Tulane where he teaches water resources law and policy is also an adjunct faculty member at Loyola Law School (New Orleans). He has also taught at IIT Chicago Kent School of Law and Indiana University’s School of Business in Indianapolis. He has a JD, with honors, from Indiana University and an MLT from the Georgetown University Law Center.

Mr. Davis has written and lectured widely on matters related to coastal and water resource management and has testified before White House and Congressional panels on numerous occasions. He has been recognized for his work with a Louisiana Legend Award from the Louisiana Environmental Action Network and an Environmental Hero award from the National Oceanic and Atmospheric Administration. 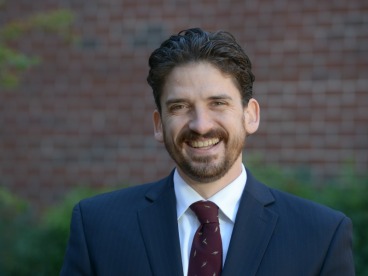 School. Prior to coming to Tulane, Christopher served in the Peace Corps in El Salvador and studied cultural geography in Louisiana and Virginia. Since graduating from Tulane Law School in 2012 he has filled multiple roles at the Tulane Institute on Water Resources Law and Policy. Now, as Assistant Director, he supervises and coordinates the work of postgraduate fellows and student researchers. Christopher has done extensive work on a wide variety of legal and policy issues . He currently leads Institute efforts to draft a comprehensive water code for Louisiana. Additionally, he is Assistant Director of the Tulane Center for Environmental Law, a member of the Summer Externship Faculty, and an Adjunct Assistant Professor who co-teaches the Seminar on Coastal and Wetlands Law.